Owners of the new water-proof 7.8-inch Aura One from Kobo will be able to download Calibre 2.65.1 and get a driver that recognize their ereaders.

Hooray! Calibre can convert regular ePub to KePub, the tweak which runs more smoothly on Kobo machines than regular ePub.

Of course, I’d rather that this complication not exist.

What’s more, U.S. users can’t legally convert formats of DRMed books since it’s generally against the law to strip DRM. Root for an EFF lawsuit and also oppose the Trans-Pacific Partnership treaty extending this outrage to a bunch of countries without it!

Other features of the update

The update will also get Calibre on speaking terms with the six-inch Aura Edition 2. Like the Kobo One, this ereader will hit the stores next month.You can preorder both devices starting August 30.

Before the update takes effect, you need to do your homework within the Device menu at the top of Calibre and restart the program.

In addition to the above, the update will “add an option to ignore some collections. The specified collections will not be touched by the driver.”

Also, Calibre has added “an option in Preferences->Searching to make searching case sensitive.” And within DOCX Input, there is now “support for right-to-left text/tables.”

More details, including information on bug fixes and a feature to simplify export and import of Calibre information to new computers, is here.

Related: TeleRead’s Aura One writeup. Now that I own a One, I agree with the enthusiasm of most of the earlier reviewers. The big negative seems to be a shorter battery life than I would like—probably under 15 hours, if you like your brightness turned up. Also, I’m noticing that the Aura One can’t boldface text quite as heavily as my Aura H2O can, although the results are still quite readable even for people like me who have contrast sensitivity issues.

I’ll have more to say later. Meanwhile check out Kobo Aura ONE review: No ifs or butts about it, this is one classy e-reader in AFR Weekend, an Australian publication. 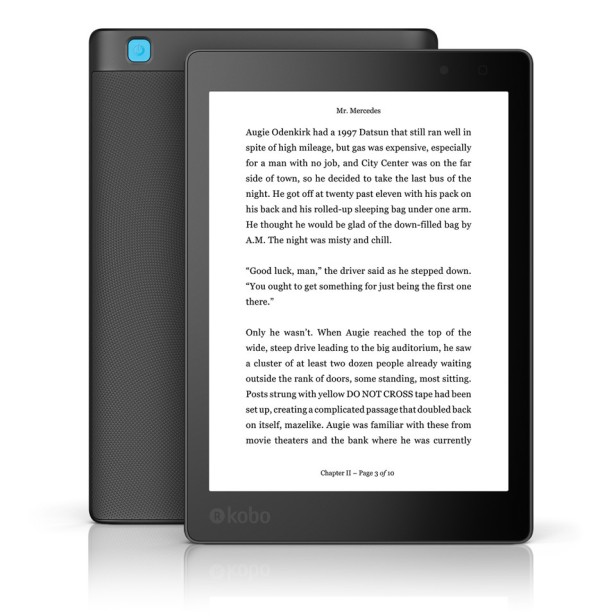