Is text to speech—via a Bluetooth connection—still possible for the Kindle Oasis? No need for a loudspeaker or even an audio jack. Just listen via your Bluetooth headphones or whatever.

So far we’ve been disappointed. Even though Bluetooth can be a feature in some WiFi chips, Amazon has not said the Oasis includes it.

Ah, but there’s still a little hope that maybe Bluetooth is indeed there and Amazon just needs more tweaking of the firmware to activate it: 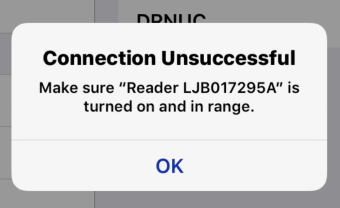 First, my iPad the other day detected Bluetooth from a mysterious “Reader LJB017295A.” Was that my Oasis? I’ve tried to eliminate other possibilities, such as my Fires. I might not have. Also, what about neighbors who might happen to own Bluetooth-capable memory card “readers”? Sadly, I couldn’t find a way to bring back the signal or at least my iPad’s recognition of it.

Second, why is it that Amazon announced the external audio adapter for the most recent Paperwhite but not for the Oasis? Did it seek to avoid the ire of Oasis owners later on, in case they might buy the audio adapter, only to find they did not need it?

About Bluetooth audio in the Oasis, Nate Hoffelder at The Digital Reader has said it’s likely.

So what do you think?

Of course, the mere existence of TTS isn’t enough. The needs of blind people should come first, but the firmware is still inconvenient to use for sighted folks, including people with dyslexia and other print-related challenges. Kindle should include both a VoiceView TTS mode and one that the sighted can easily use.

What’s more, how about publishers and writers like me who want you to be able to listen to our books with TTS?

Finally, I would welcome a choice of voices for TTS for E Ink Kindles. The present voice on the Paperwhite is too high-pitched for my taste.